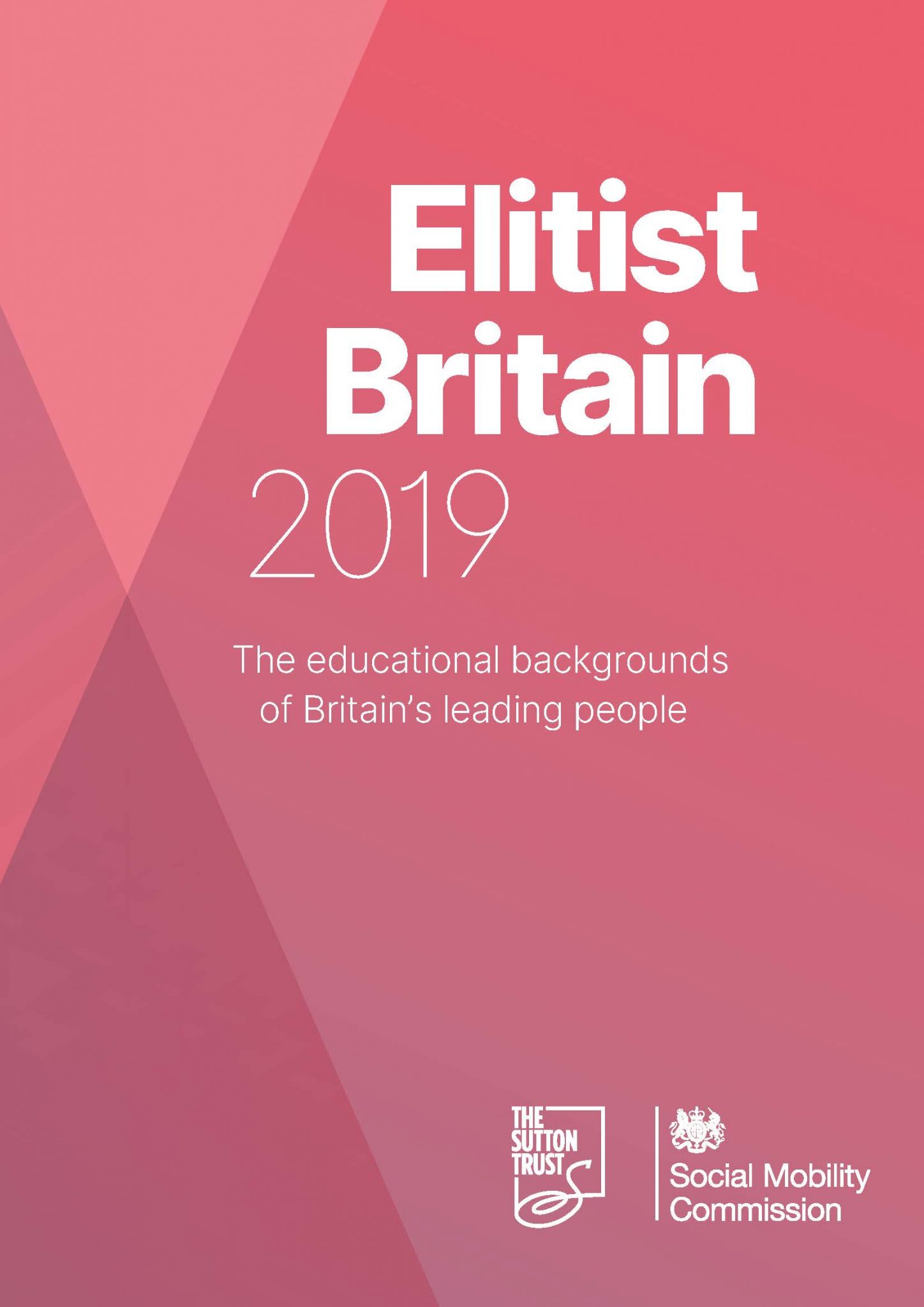 The nature of Britain’s ‘elite’ is higher in the national consciousness than ever, with a series of events, including 2016’s vote to leave the European Union, putting a focus on the strained trust between significant sections of the population and those at the highest levels of politics, business and the media.

Social mobility across the UK is low and not improving, depriving large parts of the country of opportunity. This contributes strongly to this sense of distance. This study, conducted for the first time by both the Sutton Trust and the Social Mobility Commission, looks at the backgrounds of around 5,000 individuals in high ranking positions across a broad range of British society, and provides a definitive document of who gets to the top in Britain in 2019.

The report paints a picture of a country whose power structures remain dominated by a narrow section of the population: the 7% who attend independent schools, and the roughly 1% who graduate from just two universities, Oxford and Cambridge.

Over half of senior judges went through the private school to Oxbridge ‘pipeline’.

Across 37 categories, only among men and women’s footballers were private schools under-represented.

Press release: Britain's most powerful people are five times more likely to have been to a private school

What are the trends in apprenticeship take-up since 2015?

What impact is the cost of living crisis having on pupils?