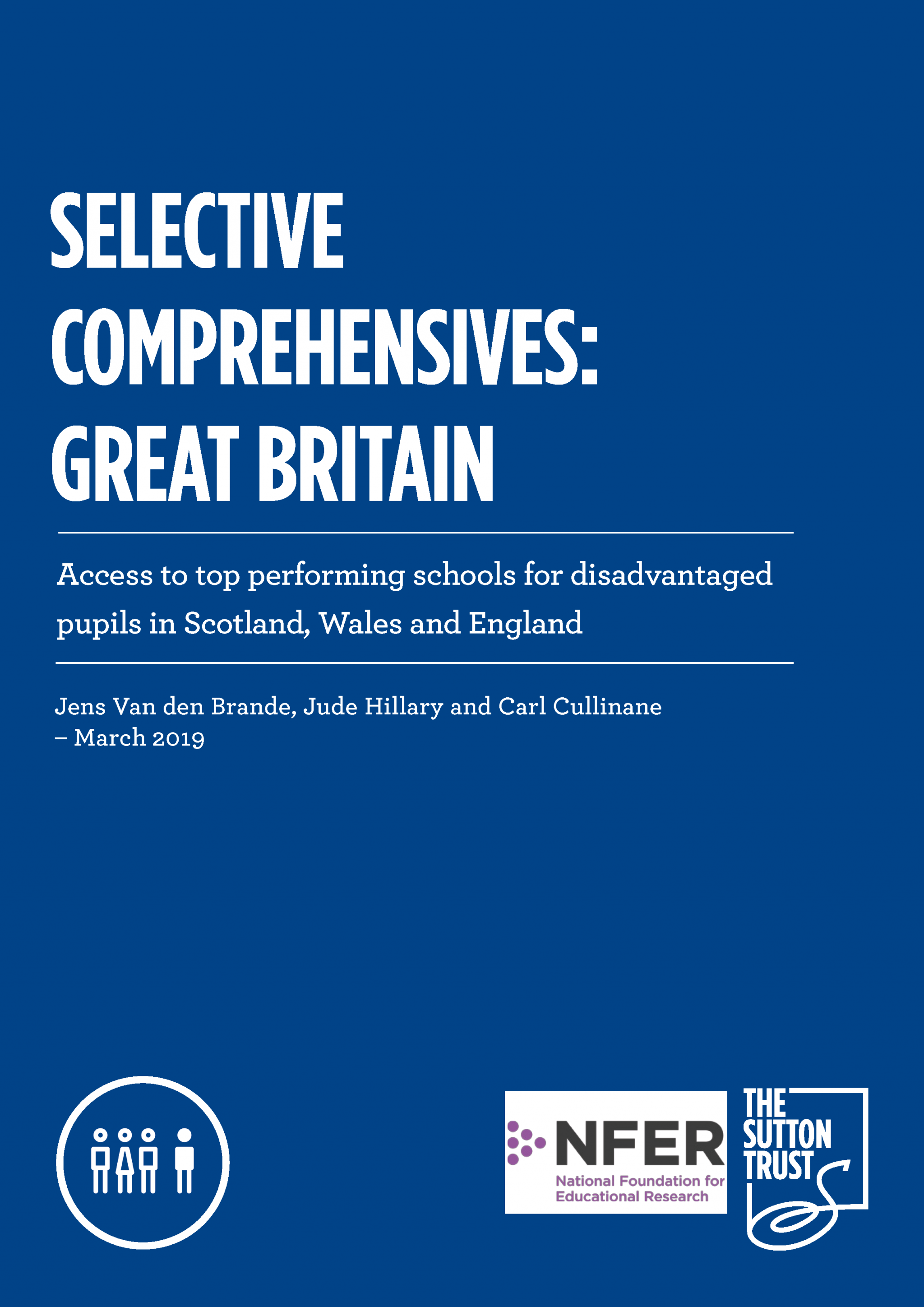 Selective Comprehensives 2017 examined high performing secondary schools in England, finding that England’s top comprehensive schools are, in practice, often highly socially selective. Building on this previous work, Selective Comprehensives Great Britain also considers schools in Scotland and Wales, looking at the proportion of pupils eligible for Free School Meals at the top fifth performing schools (top sixth in England), and comparing this with both the national average and with their local catchment area.

Findings show that in all three nations, despite having different admissions systems, the proportion of disadvantaged pupils at the best schools is around half of the average school, showing that their intakes are substantially different from the norm. This report looks across the three nations at how admissions processes can be improved, to make access to the top comprehensive schools fair for all students.

This research was conducted by the National Foundation for Educational Research and Carl Cullinane, Head of Research at the Sutton Trust.

Top comprehensives across Britain take half the number of poorer pupils than the average school.

3/4 of top schools in Wales admit fewer disadvantaged pupils than live in their catchment area.

2/5 of top schools in Scotland have free school meal rates below 10%.

Press release: Top comprehensive schools take half the number of poorer pupils than the average

The first comprehensive overview of how schools are coping in the first term of 2022.

Our analysis of the outcomes of disadvantaged students in further education.

Our annual polling of teachers.