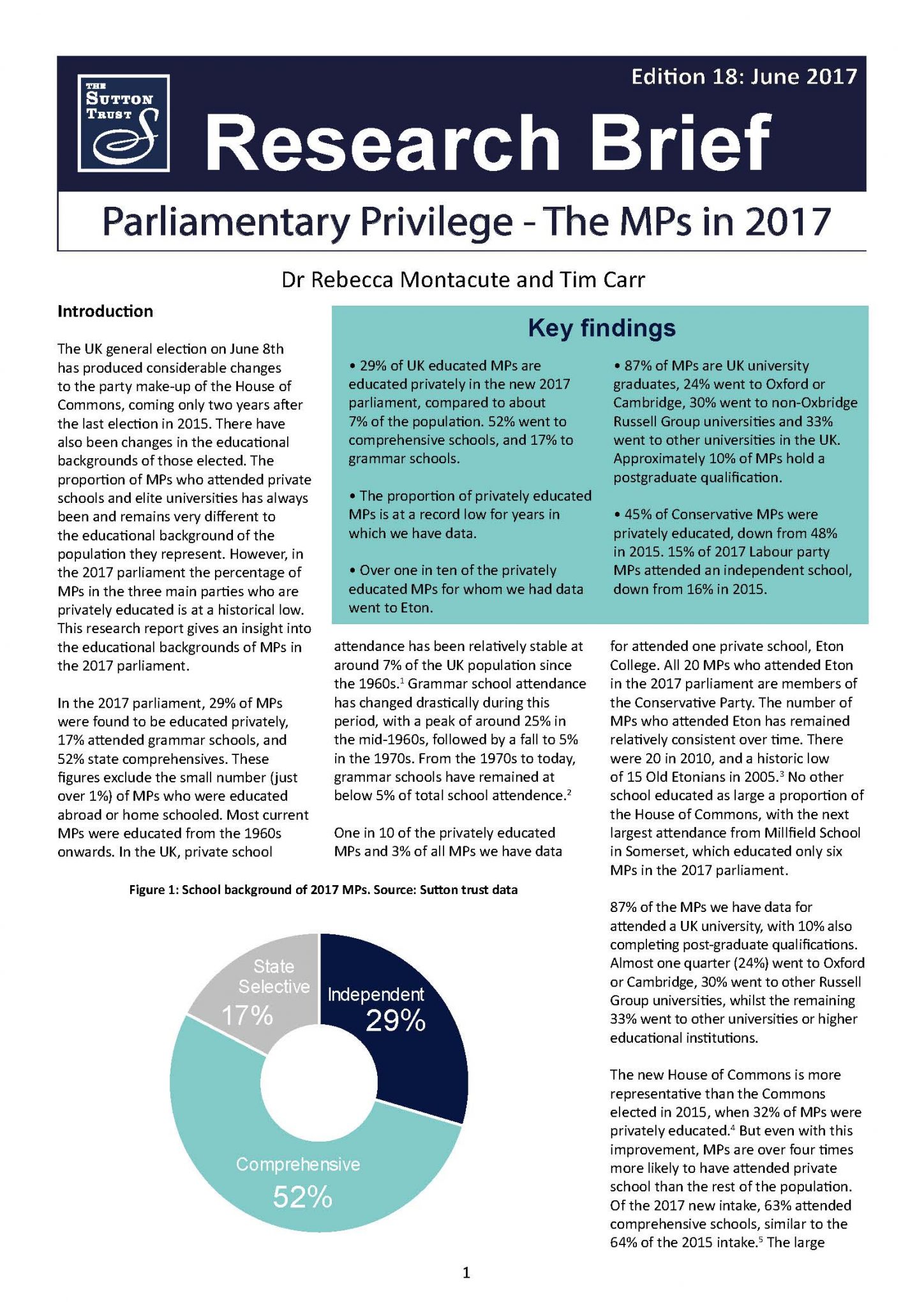 The UK general election on June 8th has produced considerable changes to the party make-up of the House of Commons, coming only two years after the last election in 2015. This report analyses the education backgrounds of new MPs, looking at proportion of MPs who attended independent and selective schools and elite universities. It builds on our report on the educational background of the 2015 Parliament which you can see here.

This report, authored by Rebecca Montacute and Tim Carr, shows that educational background is still a strong determinant of opportunity to become an MP. With independent and grammar schools still disproportionately attended by the better off, there is still a long way to go until there are truly equal opportunities in society.

1. The provision of citizenship education should be improved in state schools, to create a better understanding of politics, democracy and government.

2. Opportunities to take part in extracurricular activities which help to develop skills which are valued in politics, including debating and public speaking, and skills such as self-confidence should be expanded in state schools.

3. All internships, including those working for MPs or political parties, should pay at least the Minimum Wage (£7.05 for 21 to 24 year olds) and preferably the Living Wage (£9.75 in London, £8.45 in the rest of the UK) if longer than one month. All internships should also be advertised publicly, and recruitment practices should be fair, transparent and based on merit.

4. When employing staff, MPs should draw up shortlists which include candidates from the local area. This would help to combat issues around networking and would allow the makeup of the MPs’ staff to reflect that of the local population.

5. The socio-economic backgrounds of staff working for MPs and political parties should be monitored and anonymously reported.

Our analysis of the educational background of Boris Johnson's new cabinet.