Elites in the UK: Pulling Away? 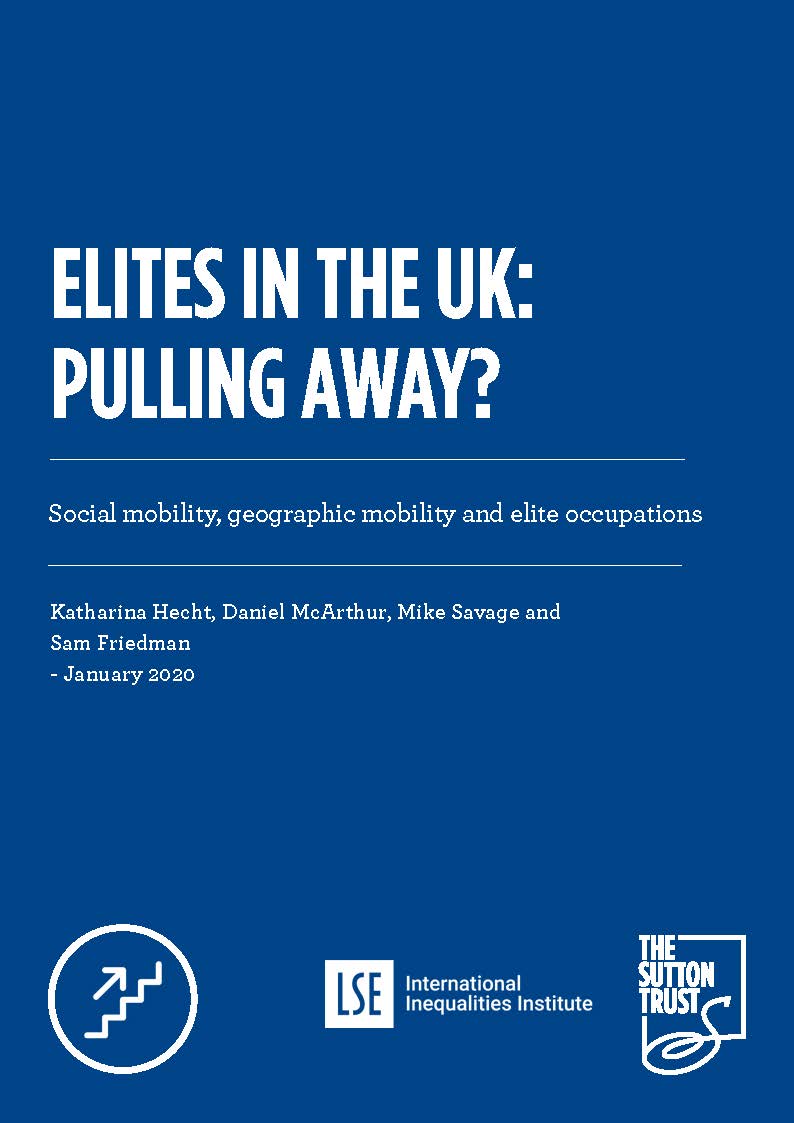 It’s clear that there is a growing anxiety about elites in the UK. The politics of Brexit has often been seen as a popular vote against the London ‘elite’, picking up on widespread popular concern in the aftermath of the 2008 financial crash. There is also a growing sensitivity to London’s role as a major international site for international elites.

But are the UK’s elites getting further removed from the rest of the population? This report by Katharina Hecht, Daniel McArthur, Mike Savage and Sam Friedman from the London School of Economics and Political Science (LSE), uses a number of datasets covering 40 years of census data, to assess whether the UK’s elites are pulling away from the rest of the population, not just economically but also socially, in terms of their attitudes and cultural distinctiveness, and geographically, in terms of where they live.

The proportion of socially mobile people who have never moved long distance.

The men in professional jobs who are highly socially mobile.

The proportion of those who move to London to access elite jobs who are already advantaged.

Class distinction: are the UK’s elites getting further away from the rest of the population?

Super-rich elites making London 'off-limits' (Sean Coughlan, BBC News)'Relaxed discipline' helps pupils, research finds (Catherine Lough, TES)London is the 'epicentre of elites' - but social mobility and moving up in the world doesn't mean moving home (Will Hazell, iNews)Seeking fortune in London `is now a myth for the poor'' (Tess De La Mare, Metro) London ‘off-limits’ to ambitious poor (Nick Morrison, Forbes)High-quality apprenticeships key to improving social mobility in the UK, says new report (FE News)Reports and Statistics (Politics Home)‘Dick Whittington vision’ of moving to London is largely a myth, study finds (Press Association)London ‘off limits’ but poorer Brits living outside the capital, report warns (Kate Ferguson, The Sun)It's official - living in London is not all it is cracked up to be (Elisa Menendez, Metro)No history, no languages… the end of humanities only deepens divides (Kenan Malik, The Observer)The highest-earners are more likely to think their salary is the result of "hard work" (Anoosh Chakelian, New Statesman) London has become epicentre of the elites and is off-limits to working class youngsters (Ted Hennessey, Evening Standard))
See more

Our analysis of the educational background of Boris Johnson's new cabinet.