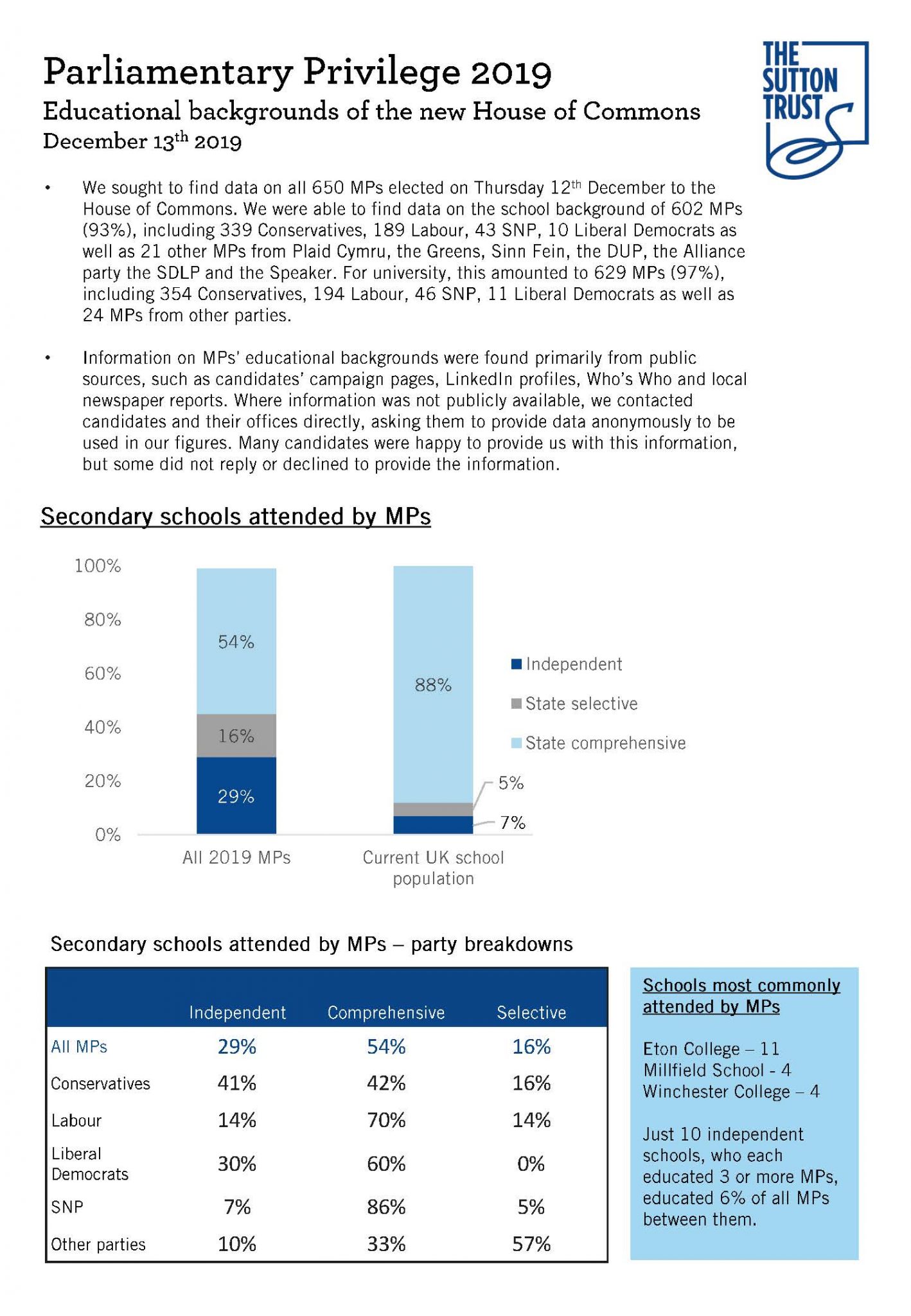 The UK general election on December 12th has resulted in considerable changes to the party make-up of the House of Commons. But what are the backgrounds of the new MPs elected? The Sutton Trust has analysed the school and university backgrounds of the 650 members of parliament elected to the Commons, following on from previous reports in 2017 and 2015.

Over half of MPs went to state comprehensive schools.

Just under a third of MPs attended independent schools.

One in five MPs attended Oxbridge.

1. All internships, including those working for MPs or political parties, should be paid at least the Minimum Wage (£7.70 for 21 to 24 year olds) and preferably the Living Wage (£10.75 in London, £9.30 in the rest of the UK) if longer than one month. All internships should also be advertised publicly, and recruitment practices should be fair, transparent and based on merit.

2. The Independent Parliamentary Standards Authority (IPSA) should review their policies on the hiring of internships by MPs and Peers, including considering whether funding levels for Westminster offices need to be increased to ensure that interns are paid, or whether additional ring-fenced funds should be given to MPs to pay interns in their offices.

3. Opportunities to take part in extracurricular activities which help to develop skills which are valued in politics, including debating and public speaking, and skills such as self-confidence should be expanded in state schools.

4. The socio-economic backgrounds of staff working for MPs and political parties should be monitored and anonymously reported.

5. When employing staff, MPs should draw up shortlists which include candidates from the local area. This would help to combat issues around networking and would allow the makeup of the MPs’ staff to reflect that of the local population.

6. The provision of citizenship education should be improved in state schools, to create a better understanding of politics, democracy and government.

Press release: 'New MPs more likely to have been educated at state schools'

A closer look at access to and progression within the engineering sector.