In the next installment of our ‘No Two Journeys’ series, Jouja Maamri speaks to fellow Sutton Trust alum Samira about the relationship between social mobility and ethnicity.

In recent years, there has been increased attention to the fate of white working class boys who, according to research, fare the worst when it comes to academic attainment. White British boys who are eligible for free school meals (FSMs) achieve the lowest grades at GCSE of any main ethnic group, and have the lowest entry rate to universities after Gypsy/Roma. While there is much debate as to why this is the case, it is important that we don’t assume from this that ethnic minorities do not also face significant barriers to social mobility. As former Sutton Trust CEO, Dr Lee Elliot Major says, “we should avoid pitching one working class group against another – this shouldn’t be positioned somehow as a zero-sum game”.

Based on this data, some may conclude that most ethnic minorities are doing relatively well academically. If we are using exam results and university admissions rates to determine social mobility, are we not missing a big part of the picture? What does this mean for the young people from BAME backgrounds that continue to face structural and institutional racism? When broken down, the inequalities between ethnic minority students – specifically those from Indian, Other White, Chinese and Mixed ethnic backgrounds – from low socio-economic backgrounds and high socio-economic backgrounds is larger than White students. Further, if we look beyond admissions rates to retention rates, we find that certain ethnic minorities tend to drop out at a higher rate than their white counterparts. Additionally, the universities ethnic minorities tend to enrol in are lower ranked and they are also less likely to enter full-time employment after graduation compared to their white peers.

Proclamations that ethnic minorities have been successful in their social mobility journey fail to consider the consequences pursuing some academic routes might have on an individual – especially on their mental health. Samira, a second-year Philosophy student at Bristol University, has not found her academic journey as easy as this data suggests. As the first in her family to go to university, she didn’t have anyone to help guide her through the university application process. “I grew up on a council estate, and all I knew is that I don’t want this for myself,” she says. “It wasn’t that my family pushed university on me, it was more that my school told me that education was the only way out”.

Social media has played a positive role in shedding light on what a university experience might be like for Samira. Before university, Samira found solace in YouTube stars who showed her that not only university was an option, but also showed her what life at university was like. YouTubers such as Ibz Mo and Eve Bennett gave her access to information that she otherwise wouldn’t have had – “from methods to studying for A-Levels to showing you what it was like to be an actual student, it was so informative”. For someone without access to financial resources, these YouTubers plugged the gap that was left because Samira couldn’t always afford the train tickets to attend university open days. Some also provided her with hope that university was the place for her. “To see someone like Ibz Mo, who studied at Cambridge University, come from the same place as me and have the same hardships as me and achieve what he did was both reassuring and motivating. If he can do it, then I can also do it”. Platforms such as YouTube have become essential for students who don’t have family members or friends who went to university who can relay their experiences.

Samira is Algerian, and both her parents migrated to the UK before she was born. Growing up in Hackney, Samira had been surrounded by people from different ethnicities and cultures her whole life. However, it wasn’t until she got to university that she realised her experience was fairly uncommon. “Going to university was the biggest cultural shock ever”, she says. “When I arrived I felt such a distance between me and everyone else, it was like people didn’t know how to talk to me because I wasn’t white”.

It wasn’t until university that Samira even saw herself as part of an ethnic minority. “It hit me when I got to university that I didn’t have a voice like everyone else and wasn’t represented”, she says. “Having been around ethnic minorities my entire life, I didn’t even comprehend that other parts of the UK would be different”.  Her first year was particularly difficult – being placed in an all-white hall and having only one other person of colour on her course meant that she struggled to find friends. “There was a lot of separation between groups during my first year. All the private school kids stayed with each other, and all the white people seemed to gravitate towards each other, everyone seems to stick with who they know”.

While academically Samira had achieved the social mobility aspiration – going from a low-performing school with very few people applying to university to being at one of the top universities in the country – it didn’t feel like she was living the dream that data suggested she might. “I really struggled with my mental health”, she says. “I had anxiety and depression before I went to Bristol, and while I had more support from the university than I did from my school, the difficulty in forming genuine close bonds with people was really hard”. Not only are some ethnic groups more likely to experience mental health issues at university – for example, rates of anxiety and depression among female South Asian students is more than double that of white women – but they are also more likely to face challenges seeking support. Ethnic minorities have historically been  treated unequally by the mental health system – they are less likely to be referred by their GP, more likely to be over-diagnosed and “two-thirds of ethnic minority students experiencing mental illness often experience discriminatory encounters with healthcare professionals”. This is further exacerbated if you are from a lower socio-economic background and can’t afford to seek private mental health support.

For Samira, her mental health and ethnicity go hand in hand. “I find it difficult to talk to lecturers or contribute in class”, she explains. While this is partly because of her anxiety, being the only non-white person in the room doesn’t help. “I love studying philosophy but I didn’t realise how white it was before I got here. I have barely any non-white lecturers and don’t really feel comfortable speaking in seminars”. 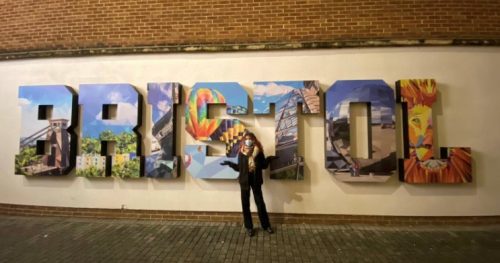 The term ethnic minority in itself is problematic. Not only does it group a large and diverse group of people into a monolith, but it is also extremely Eurocentric. Those we consider as ‘minorities’ actually exist as ‘majorities’ when you look outside of the Global North. Similarly to the acronym BAME, many people struggle to see how they fit into it. For Samira, being Arab only exacerbated this problem. There has been an important increased focus on tackling anti-blackness at her university, but she found that not much has yet been done to support other ethnic minorities. “I don’t know where I fit. I am not white, and don’t find comfort in mainly white spaces. I’m not Black, and when I tried to join the Society for Ethnic Minorities was asked why I was there as everyone there was Black. Even when I try and seek out Arab spaces, I feel like the conversations are dominated by religion and culture that I can’t relate to”. Samira speaks to a problem that many North Africans face – “I can’t say I’m African, but I also don’t really fit into being Arab or White”.

Feeling part of an identity group is a big part of the university experience – “belongingness” is key to both the retention and success of students in Higher Education (HE)”. Recent research found that “BAME students were more likely to indicate that there were points in their HE experience where they did not feel that they belonged at the university”. This resonated with Samira. “I grew up in the UK, this is my home. Yet, I feel like a strange mystical creature sometimes”. How can we make sure that efforts to help ethnic minority students belong don’t alienate those who don’t neatly fit into any one ethnic category? It goes to show that while the term ethnic minority can be used to create inclusive spaces, sometimes these feel more alienating to those who already struggle with feeling like they belong. 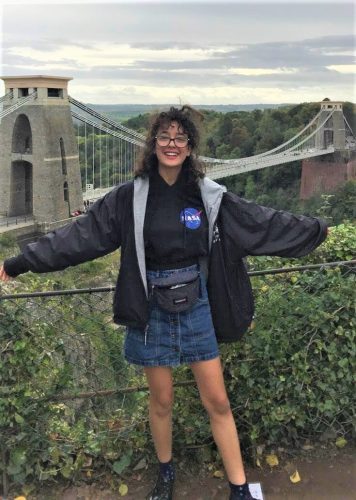 There are so many assumptions behind the data on ethnic minorities’ attainment in education. From explanations that include parental aspirations, immigrant mentalities and cultural norms, these lead to mass generalisations of an extremely diverse group of people that hide the amount of work that still needs to be done to ensure that everyone has access to the same opportunities. Samira’s story rings very true to my own – an Algerian brought up in a single-parent household in the South of England attending a low-performing school. Even now that I am several years out of university, Samira’s experience feels familiar.

All this proves is that we need to stop treating ethnic minorities as a monolith. Aside from the term itself being inaccurate, it fails to recognise the diversity of experiences that people can have. We need to resist the desire to group people in the context of social mobility just because it helps make data collection simple and build certain narratives. The experience of ethnic minorities at university is masked by the success of this group on paper. Samira’s story illustrates the challenges that these students continue to face. The consequences of this are far-reaching – on our relationships, on our learning, and most importantly on our health. “I can’t believe that there are people from all over the world at this university, and yet I still feel like I am so alone”, says Samira. Ethnicity, just like social mobility, needs to be considered in all its complexity in order to ensure that no-one is left behind.

Our Founder, Sir Peter Lampl, reflects on our latest research on accents and social mobility.

What is the relationship between accents and social mobility?