New polling from the Sutton Trust shows that 12% of apprentices have been made redundant.

In early April the Sutton Trust commissioned a survey of employers across the country to gauge the impact of the pandemic on apprentices. The survey, which targeted senior HR decision makers, has just been repeated to understand how the situation has developed in the past 7 months.

The responses paint a picture that is indicative of the challenges faced by both employers and apprentices at large as we enter a new lockdown. Approximately 38% of respondents employed apprentices, with questions covering the current status of the apprentices employed at the beginning of the pandemic, the prospects for hiring over the next year and the use of government incentives like the Kickstart programme.

In April the survey found that 8% of apprentices had been made redundant and in October that figure increased to 12%. Almost half had been, or were still furloughed, with just 31% of apprentices having continued their apprenticeship without disruption since the beginning of the pandemic. 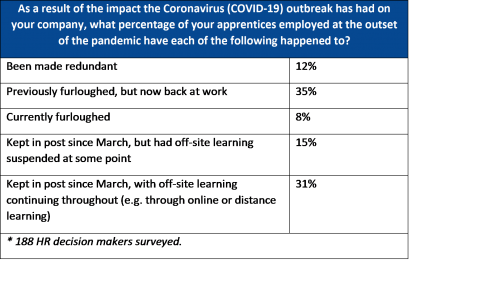 The government have introduced a range of incentives to encourage employers to hire trainees including financial payments of £2,000 for apprentices aged 16 to 24, and funding for new job placements under the Kickstart Scheme. The survey found that just 6% of employers reported using the Kickstart scheme, with more employers having taken advantage of the apprenticeship incentive schemes. Nonetheless, only 1 in 5 reported using any of the government youth employment incentive schemes. 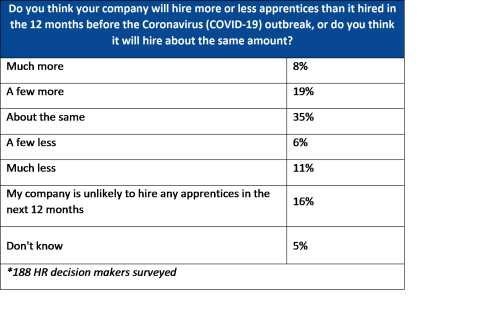 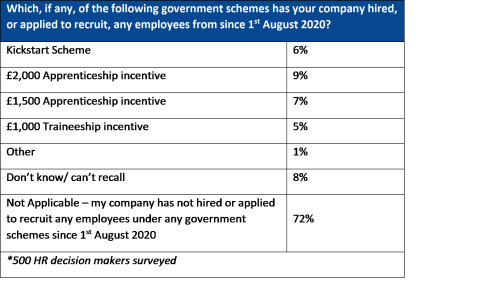 How can we support young people making decisions on vocational training routes?

How should further education and apprenticeships change post pandemic?

What are the options for reform to improve vocational routes post pandemic?

Our partners at PwC share why they think apprenticeships are so important.