“Routine and structure are vital to Oscar because of his autism. I think he would’ve developed even further if he’d been able to access 30 hours of childcare.” 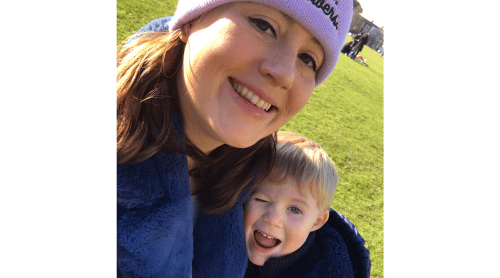 Amy from Richmond in London is a single mum to son Oscar. Amy is registered disabled, and Oscar has autism, but she’s only been able to access 15 hours of childcare.

“Oscar has autism which has meant he’s been behind with certain milestones. When he started nursery, it helped his speech, language and social skills. Before nursery, he’d had little chance to socialise due to the impact of Covid, but nursery helped him learn to be patient and start to take turns with other children.

“Routine and structure are vital to Oscar because of his autism. I think he could have developed even further if he’d been able to access 30 hours of childcare.

“I’m registered disabled as I have fibromyalgia and ME. This means I need to rest regularly, and it’s a struggle to keep up with Oscar. At nursery I knew he was safe, learning and having new experiences.

“We only qualified for 15 hours of funded childcare. The reason we didn’t qualify for 30 hours was because I work part time. Due to my medical conditions and lack of childcare options, I have been unable to work more than 4 hours a week and it’s because of this that I’ve been penalised. Basically, I don’t earn enough to qualify for the 30 hours, which just doesn’t make sense. It means I’ve had to use all my monthly PIP allowance, which should be for help with my health, on one extra morning a week of nursery for Oscar. I don’t understand why families like mine aren’t eligible.

“Oscar turned four over this summer and joined school in a phased start at the beginning of September. It’s still taking some time for him to settle in, but I’m hopeful of his progress. I just don’t want other families to face this unfair allocation of childcare hours. All children deserve the experience of the regular social interaction and learning opportunities at nursery. It’s vital for children, but so important for parents too.”